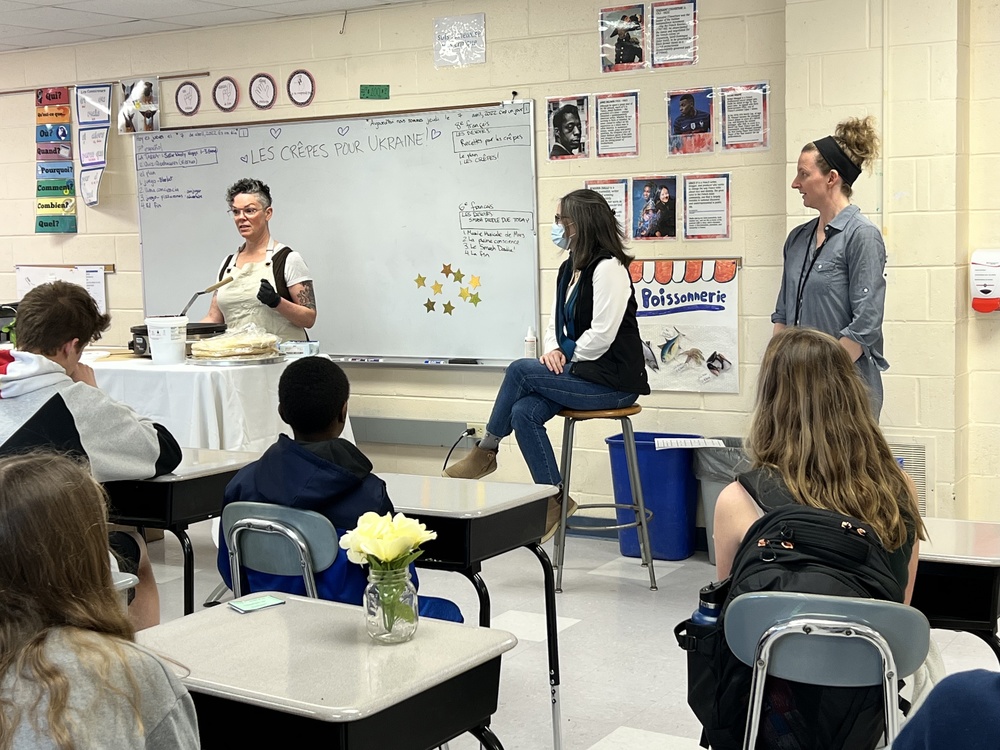 8th Graders participated in "Crêpes for Ukraine", raising over $600 in donations to help a Ukrainian family with ties to Cape Elizabeth escape to Norway!

After raising the funds, students earned their crêpes by speaking French with one of our parent volunteers and then ate them while listening to our Manie Musicale playlist. Then they played in a pétanque (French bocce) tournament!

We are so grateful to Madame Brandi, formerly of Crêpe Elizabeth, for donating her time, materials, and talent. Les crêpes étaient délicieuses! Also, mille merci to Madame Franks and Madame Nelson for their support in getting everything to run smoothly.

We were also relieved to learn that the Ukrainian family you all raised funds for has made it safely out of the country; they have received your donations and are now rebuilding their lives in Norway. Thank you again for your generosity - CEMS families raised about $600 in a week, contributing significantly to the total of $3200 they received from Crêpe Elizabeth. 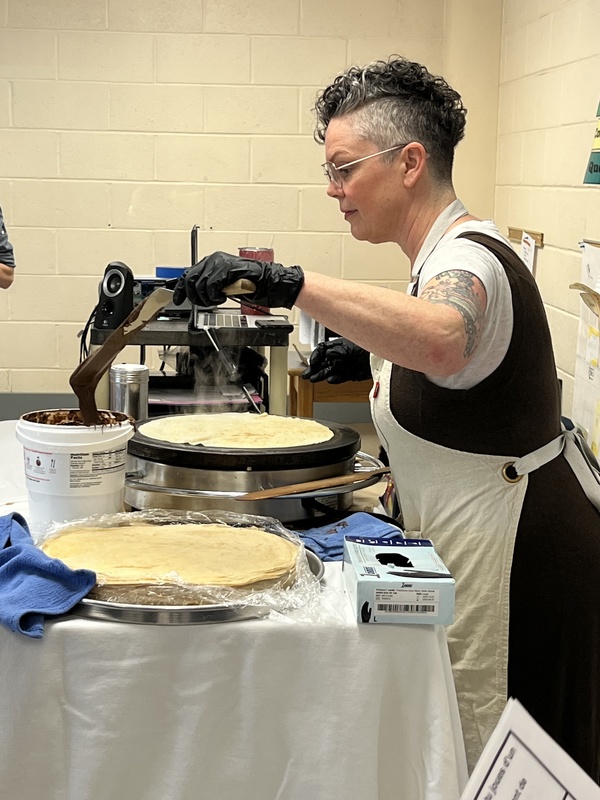 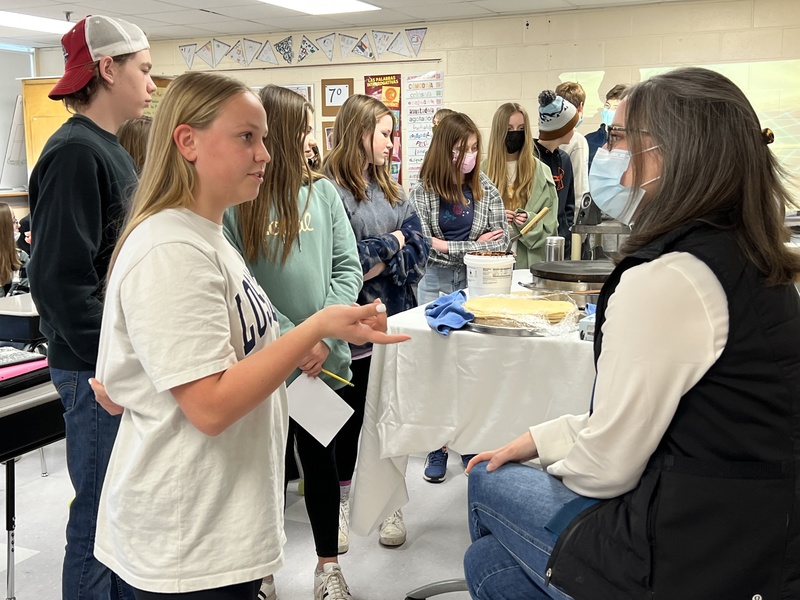